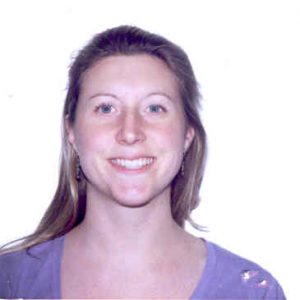 My lifetime professional and personal goal as an educator is to promote acceptance of diversity of all people. Going to Southern India has better enabled me to present to my students a multi-cultural curriculum that empowers them to love themselves and value the differences of others. By traveling to Southern India I had the opportunity to become more acquainted with another region’s culture.

Flying into Chennai I was taken by surprise by all of the lights, tall buildings, and commotion. I had not expected the view from the airplane to be so similar as one would see flying into a large U.S. city. When I stepped out of the airport my senses were submerged in chaos. I was astonished by the amount of people active on the streets at one in the morning. As I walked out of the airport, I was immediately caught off guard by the intense smells, sounds and sights. For example, the air fumed with diesel mixed with a smell of urine, my ears rang with car horns and ringing cell phones, and my eyes were mystified by the chaos of cars, cows, busses, auto rickshaws, and people all traveling the street. We made it to the motel with our over packed luggage on our laps and tied to the top of the van. I felt amazed and could not believe that I was really in Tamil Nadu. It felt like a dream. But a dream it wasn’t because in the morning I awoke to sounds and smells that were foreign to me. I could hear the sounds of horns, unusual sounding music, and lull of murmured voices of another language. A smell of incense and spices filled the air. I was about to encounter the best travel experience I have ever had. 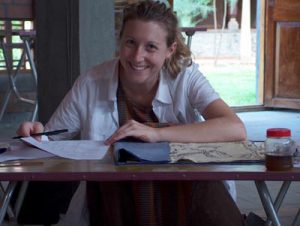 As I took my first daytime steps around Chennai I was surprised at the merging of the new and old in Southern India. I learned of people who had no homes, no running water, no electricity, etc. In stark comparison I saw people climbing up on stick scaffolding creating skyscrapers. And even more contrasting I saw thriving malls, Internet cafes, and heard cell phones ringing steadily. Although there seemed to be a huge dichotomy between the old and new the city seemed to work effortlessly.

The people I had opportunities to interact with in India were very charming and hospitable. People invited us into their homes with open arms and I immediately felt like family. The value placed on family life in Southern India appeared to be held in very high regard. I heard of no divorces. I only heard positives about families. The people had a devotion to their families that was refreshing to see and be part of.

My experience team teaching with teachers at S.E.V. school was marvelous. I had opportunities to work with other teachers, share ideas, interact with students, and teach them about our culture while at the same time learning about theirs. I was very impressed with the school’s extra curricula choices the students had. Some of which I had the opportunity to observe and participate in included yoga, karate, Western Dance and traditional Southern India Dance. I was shocked that students were learning multiplication in standard two and they already had learned how to write in cursive. The students were very serious about school. At the young of age 7 they were already speaking of going to university. The students were very kind in sharing with me favorite past time activities. I found that a lot of what the children loved to do in Tamil Nadu was similar to what my students enjoy doing in the United States.

They both love playing make believe, listening and telling stories, playing ball, running, making art projects, singing and dancing. While working with a standard 4 class students orally shared with me their favorite folk tales. They allowed me to tape record their stories. My students here in Wisconsin have enjoyed listening to the stories and retelling them through written words and illustrations.c

At S.E.V. school the students spoke English. The students at a village school did not; however, through mimicking games we were able to communicate and have fun. It brought me great joy to be able to find a common language with the children through play. The children were delighted at the opportunity to stop their schoolwork for the time being and break for a little song and dance. I will forever remember the expressions of happiness and laughter as we sang “Head Shoulders Knees and Toes” and played games of mimicking.

My journey to India has significantly enriched my life and I will forever be grateful for the opportunity. It has given me the chance to observe and participate in the daily lives of some people in Southern India. My students now have been able to have hands on opportunities with artifacts and stories that have made them more aware of the world around them. The trip to Tamil Nadu has also changed the way I view the society in which I live. It has allowed me to see my community more objectively and appreciate all the little things I have forever taken for granted.